Duleep Trophy is one of the top class domestic cricket tournaments in India that started its journey in the years of 1961-62 as zonal rather than a state first-class competition. 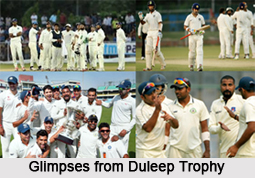 History of Duleep Trophy
Duleep Trophy is a famous Cricket competition in domestic Cricket. The Board of Control for Cricket in India (BCCI) named the tournament after the legendary cricketer, KS Duleep Singh. According to the original format of the tournament, there were a number of five teams, drawn from the five zones – North Zone, South Zone, East Zone, West Zone and Central Zone. The teams played each other on a knockout basis and the BCCI decided to convert the tournament to a league format, from 1993-1994.

Format of Duleep Trophy
Board of Control for Cricket in India (BCCI) once again changed the format of the Duleep Trophy in the year of 2002-03 and replaced the zonal teams with five new sides named, Elite A, Elite B, Elite C, Plate A and Plate B.

Construction of the Teams in Duleep Trophy
The BCCI constructed the teams from the new Elite Group and Plate Group divisions that had been introduced into the Ranji Trophy in that season. However, this format lasted for only one season, as BCCI felt that the new teams lacked a sense of identity and as a result, it went into the old zonal format from 2003-04. The BCCI also started to invite one overseas guest side every year in the tournament, England A being the first one to come.

First Champion in Duleep Trophy
The West Zone has the credit of becoming the first Champion in the Duleep Trophy, in the 1961-62 seasons. The team beat the South Zone by 10 wickets in the final to win the trophy. Each of the zonal teams is actually a composite team of some cricketers, who play for the Ranji Trophy state/city teams situated in that region of India.

North Zone Cricket Team
The North Zone has been the most successful team in the Duleep Trophy so far, as it won the tournament for a record 17 times, including one shared trophy. The guest teams that have been invited for playing in the Duleep Trophy so far include the teams like England A, Bangladesh, Zimbabwe Cricket Union President’s XI, Sri Lanka A and England Lions. North Zone cricket team is a first-class cricket team that represents northern India in the Duleep Trophy. North Zone is a composite team of players from six first-class Indian teams from northern part of India like Delhi, Haryana, Himachal Pradesh, Jammu and Kashmir, Punjab and Services.

END_OF_DOCUMENT_TOKEN_TO_BE_REPLACED

Mudra is a gesture by hand or seal which symbolizes energy. This is one of the most beautiful forms of expression by using the fingers and thumb. Mudra is a voluntary neuromuscular action (contraction) or posture by which the prana is controlled and directed through a particular Nadi, known as Mudra. It is also known as the ritual or symbolic gesture which is practiced from very old times in Buddhism and Hinduism. Mudra calls for the involvement of the whole body and it is performed by the use of fingers and the hands as well. Mudra is regarded as energetic or the ‘seal of authenticity’ utilized in the Indian religious spiritual practice. There are references of Mudras in the philosophies of the Eastern world and it is also a part of Yogic practice and culture. Mudra is hence defined as a mystical gesture of the hand in order to focus elusive energy by symbols.

Etymology of Mudra
The term ‘mudra’ is derived from two words; ‘mud’ and ‘ra’. Here, ‘mud’ means to rejoice or to be happy and ‘ra’ means ‘to give’. Thus, Mudra is an action which offers delight or extreme joy. This is an indication that the practice of Mudra is concerned with sensory aspect.

Concept of Mudras
Concept of Mudras depends upon all the fingers of both the hands of an individual. Each of the fingers is linked with specific meaning and energy. The accurate use of the fingers provides the Mudra with the energy to heal. Fingers are stated to bear the human body’s five elements, which are air, water, fire, earth and sky. These are there in set proportions and a slight imbalance may cause severe disaster. The striking of balance in between these elements is however not easy. Thus, the practice of Mudra facilitates the harmonizing of the five elements present in the human body.

Finger Tattvas in Mudras
An elaborate study concerning the fingers and their links with the five elements unveils the fact that the element earth, worry and stomach are represented by the thumb. Index finger of a human being comprises of the element metal and has an influence over the large intestine, lungs, and also the control over emotions like sadness, depression and grief. The hand’s middle finger is regarded as the element fire which is connected with the small intestine, heart, respiratory and circulatory systems and the emotions include hastiness and impatience. The element wood is constituted by the ring finger and the same is associated with the gall bladder, liver and nervous system, and represents anger, while the little finger represents water, fear and kidney.

END_OF_DOCUMENT_TOKEN_TO_BE_REPLACED 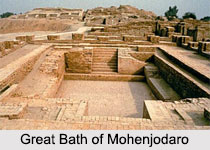 With evolution through centuries, the Indian architecture is the result of socio-economic and geographical conditions. The different types of Indian architectural styles include a mass of expressions over space and time, transformed by the forces of history, culture and religion considered unique to India. Whether it is the Great Bath at Mohenjodaro or the Taj Mahal in Agra, Indian architecture has been successfully enamouring the connoisseurs of art and architecture for ages. The Indian architecture can be divided into several stages starting from 3300 BCE to the Indian Independence and the present era which are elaborately discussed below.

Among India’s ancient architectural remains, the most characteristic are the temples, chaityas, viharas, stupas and other religious structures. The earliest existence of the ancient Indian architecture is the Buddhist and Jain structures. The Buddhist caves, monasteries and stupas are fine example of this which stored the sacred relics of Buddha. One such example can be the first monasteries such as the Jivakarama vihara in Rajgir, Bihar and the natural caves of Saptaparni.

Stone Architecture of India
During the period from 320 BCE to 550 BCE witnessed the rise of the Mauryan Empire, where the new wave of buildings were structured that mostly relied on the first examples of true stone architecture. It was during this time under the rule of Emperor Ashoka that 84,000 stupas were constructed all across India to distribute the sacred Buddhist relics. The capital city of Pataliputra, the Pillars of Ashoka and the Mahabodhi Temple in Bodh Gaya are just few of the examples of the impressive Indian architecture with stone during that period.

END_OF_DOCUMENT_TOKEN_TO_BE_REPLACED 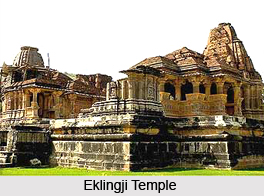 Rajasthan, the largest state in India, is blessed with natural beauty and a great history. With the majestic palaces, historical forts, desert and lakes, tourism is a booming industry in Rajasthan. Jaipur, Udaipur, Bikaner, Jaisalmer and Jodhpur are the most preferred destinations for the tourist. Tourism accounts for eight percent of the state’s domestic product. Many old and neglected palaces and forts have been converted into heritage hotels. Unlike what its barren scenery suggests, one will find that Rajasthan is the most colourful and fascinating place inhabited by humans. The desert safari of Rajasthan is an exhilarating experience of a lifetime. An exotic land, a trance come true for the Western world, Rajasthan is home to the Rajputs, the military races of India known likewise for their love of arts and architecture as well as courage and chivalry. Even at the present day Rajasthan, which is inhabited by the Rajasthani people, is culturally and artistically rich in its own way.

Pilgrimage Tourism in Rajasthan
Temple building in Rajasthan received royal patronage under the reign of the religious-minded Rajputs. The most notable temples in Rajasthan are Eklingji temple, Someshvara Temple, Ramavaikunth temple and Kalki Mata Temple. These temples attract thousands of pilgrims every year. The renowned Brahma temple at Pushkar is the only temple in the entire Indian sub-continent which is visited by devotees all the year round.

Pilgrimage to Rajasthan remains incomplete without visiting the Govind Dev Ji Temple in Jaipur which is dedicated to Lord Krishna. It is a must visit location for devotees and tourist alike. As rulers, the Rajputs followed a policy of religious tolerance. Hence, besides the Hindu temples there are Jain temples and mosques in Rajasthan. The Ajmer Sharif in Rajasthan is a holy place where Muslim saint Khajwa Moinudin Chishti was buried. This draws pilgrims and disciples from all places of the Islamic world. But at present people from all religions come here to pay their homage as the Dargah Sharif is a holy place where wishes are fulfilled. The Dilwara temple in Mount Abu in Rajasthan is an important religious centre for the Jain pilgrims. It dates back to the ancient times and is also noted for its architectural brilliance. The Jain temples at Jaisalmer in Rajasthan are also a frequent haunt for Jain pilgrims. Based on the pattern of the Dilwara temple this temple is dedicated to first and third Jain Tirthankaras Rikhabdev and Sambhavnath. The various religious places in Rajasthan give the tourist an insight of the rich traditions and legacy of India.

END_OF_DOCUMENT_TOKEN_TO_BE_REPLACED

You can find websites to the related topic below:-